In Photography everything is possible because a photographers are some kind of wizards! But this magic "everything" depends on your creativity and technical skills.
Shooting levitating objects sometimes becomes a real challenge. So what we have to do ?!

There  are several ways to make objects "fly" (in this case - vegetables):

1) Have good lighting equipment with a possibility to "freeze" all objects inthe air and ask someone to throw the object(s) up.

Pros: All objects will naturally looks floating in the air.
Minimum work in "postproduction".
Cons: A small chance to capture required composition of the objects in the air, which means a large number of takes.

Pros: The ability to arrange objects in the way you need.
Cons: Lack of using contouring and background lights.
The long and painful work in "postproduction".

3) Fixing all objects in the desired position, and later removing all unnecessary attachments by software:

Pros: The ability to create required composition of objects.
Minimum number of takes.
Ability of using background and contouring lights.
Cooking all objects for dinner after shooting =)
Cons: It takes time and a lot of patience, to fix objects and create the desired composition.

Let's look at an example in this photo. To attach the kitchen shovel and the steak, I used a wire with a wider diameter for their weight.

For vegetables a thinner wire came up. The whole stand was assembled on the basis of two light stands and a bar fixed between them.

To mount the heavy frying pan, one more light stand was used. 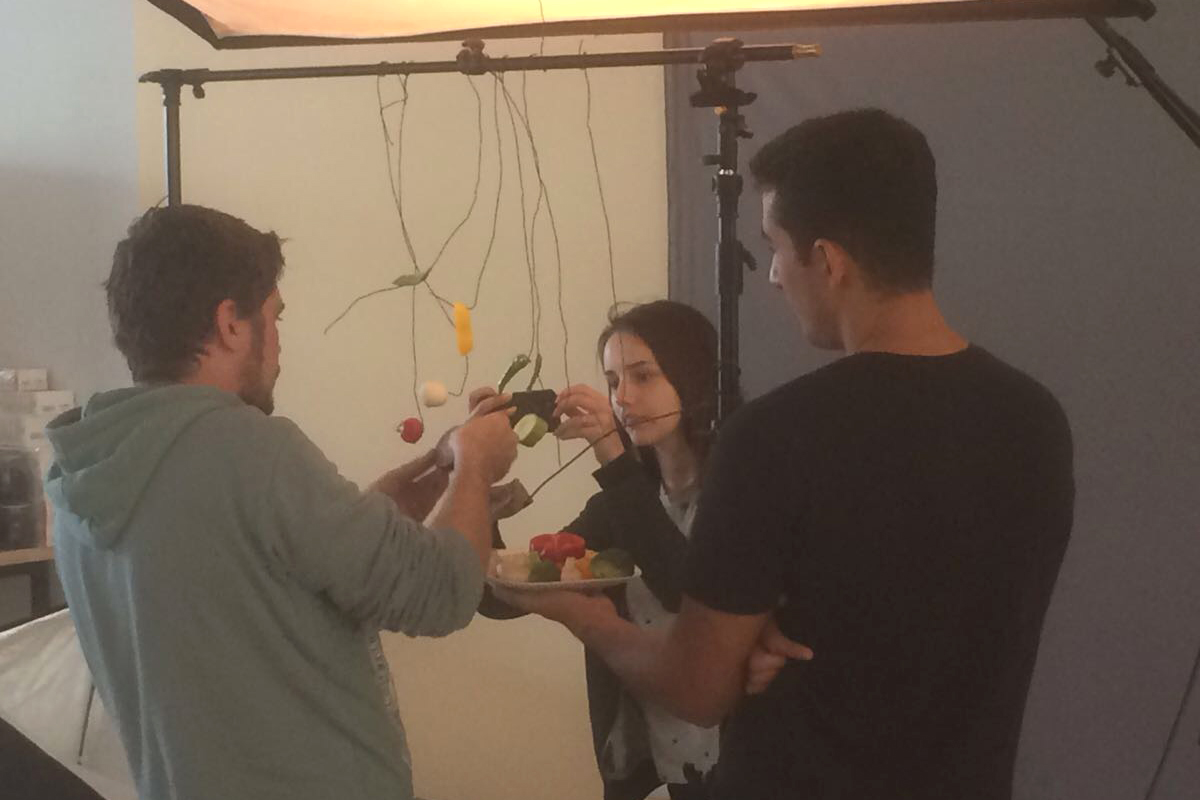 We started with fixing all the objects and creating the composition by placing them relatively to each other.

After the desired composition was created, the camera was installed on a tripod and then experiments with fire began.

Warning: It is not recommended to shoot with the using of open fire in poorly ventilated rooms and most importantly near easily flammable objects, for example as softboxes! 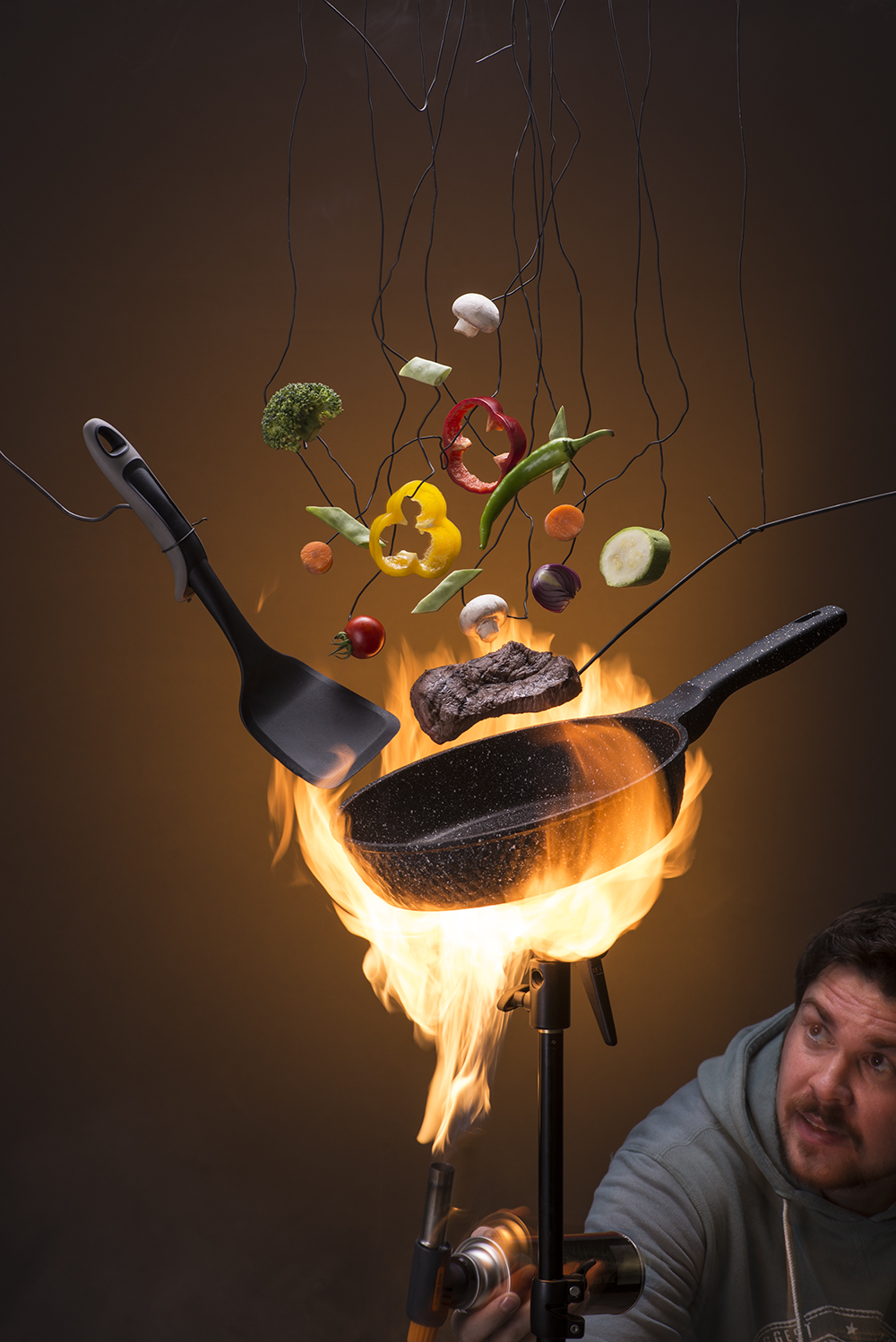 The assistant pressed the shutter release button the moment I trying to find the best position of the flame under the pan.
We made a series of photos and eventually got the desired result!
Further by post processing all the extra elements including the base under the pan were removed.

Never stop exploring, try, create and experiment, because the most interesting results were obtained through the mistakes. 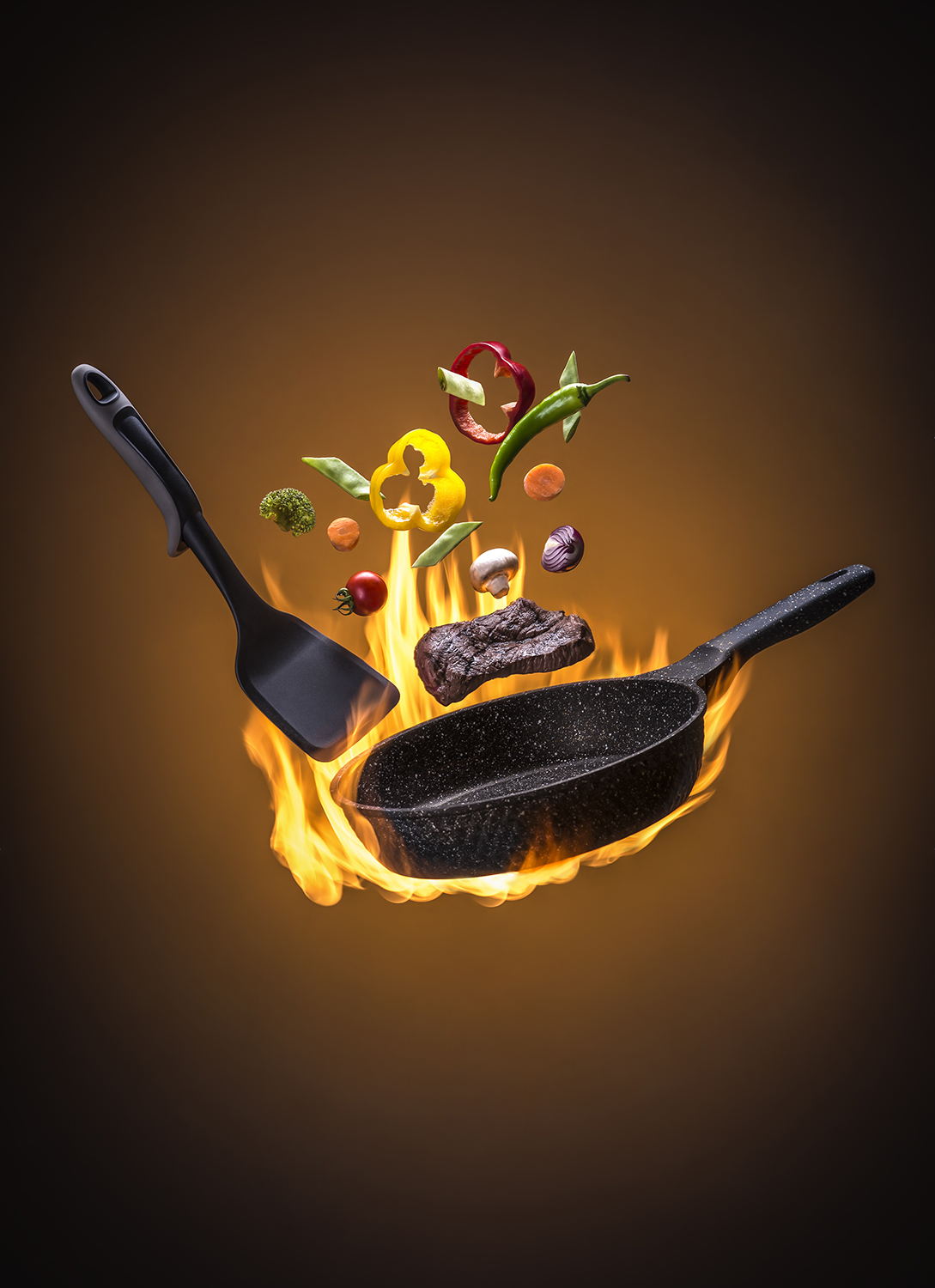